If the widget is not working, you can get the pack 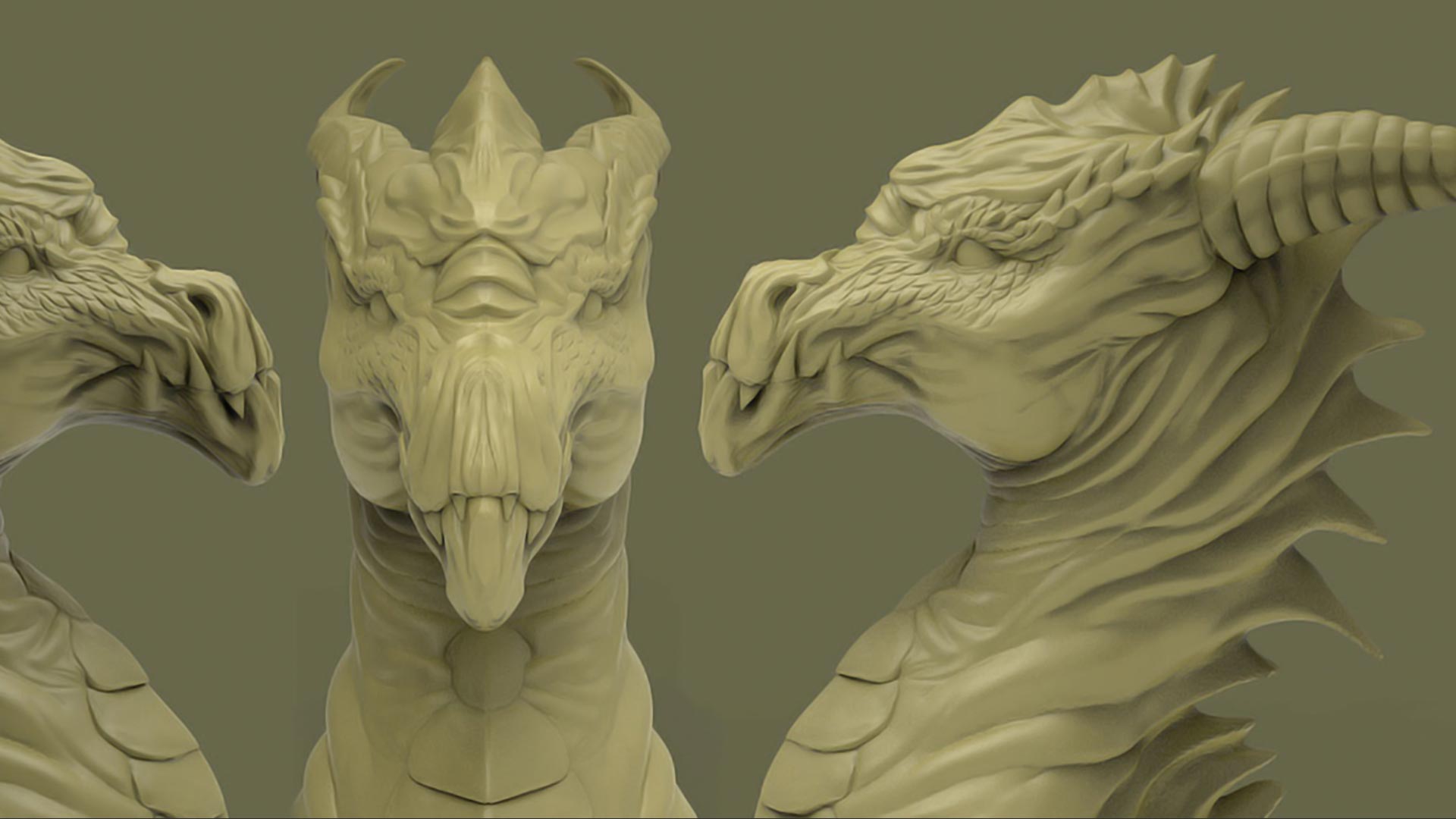 How to use Sculptris

Learn how to use Sculptris while we sketch the head of a dragon!

How to use Sculptris
get this now

This is a concise introduction to digital sculpting. The tutorial/ebook is aimed at absolute beginners starting with Sculptris. However, various concepts and overall workflow discussed in the tutorial, is relevant to more advanced tools like ZBrush or ZBrushCore.

A Bit More About This Tutorial.

UPDATE: The new and improved version of sculptris is the ZBrushCore Mini which is also free. Althouh in this post I make reference to Sculptris as a stand alone software, the steps of the process and the workflow is totally applicable to ZBrushCore Mini.

I thought I should do a bit of an introduction to Sculptris to give you guys another way to get started with sculpting.

Sculptris is a fantastic little application for 3D sculpting. It has a very clean user interface, powerful features and tools, is easy to get used to it and it’s FREE. In my opinion, this is the best way to get started in 3D sculpting. Sculptris is also the perfect introduction to ZBrush, it will present you with key concepts and a variety of operations that overlap with the way ZBrush work. In fact, since ZBrush 2018 you can find the functionality of Sculptris within ZBrush with a much more advanced feature called Sculptris Pro.

Zbrush is a fully featured software and might be overwhelming for new users, but Sculptris can be the bridge for artists that want to learn 3D sculpting. I see it as a great introduction to the Dynamesh feature in ZBrush as well; a great way to explore shapes and concepts.

Previous to the introduction of Dynamesh in ZBrush, Sculptris was my software of choice to sketch ideas in 3d. You can export .obj files and import them into ZBrush for further refinement, or connect the two software using the “GoZ” button.

Sculptris gives you total freedom to explore ideas in 3D with intuitive tools. There is also no need to worry about technical aspects like topology, as the software creates more polygons and points where you need them

I copied the “hands-on” section of the eBook and put it here to create this quick guide. Basically to show you how I created the dragon head on the cover of the eBook in case you already know the basics and just want to follow the creation process step by step.

I kept refining the silhouette of the dragon with the grab tool and the detail slider to a minimum. At the beginning of the sculpting process, is a good idea to keep the polygon count low to focus on large areas and finding a good silhouette.

I’m happy with the overall shape, so I started using the Draw brush to establish the structure or pivot points of the sculpture. I do this first so I have a rough reference of what shapes to follow and the placement of some key volumes like the protrusion of the skull, nose and eyes sockets.

I refined the shapes a bit more with a combination of the Grab tool and Draw brush. I also started to block out some lines that I can then follow when building the skin fold and wrinkles. I used the Crease brush and the Pinch brush to get some sharp edges and crevices at the back of the head and also to define the mouth area.

At this point I clicked on “NEW SPHERE” and added a new sphere for the eyes and another sphere for the horns. Using the Crease brush with lazy ON I defined the spiral effect of the horns and added more details to the nose, the eye areas and the forehead.

I also started to play with some design elements that I could use over the whole model like the big scales in the neck and chest. To create this effect, I use the Grab tool and masking the area of each scale (one by one) to be able to pull each scale out without affecting the rest.

Following the previous technique of pulling geometry from unmasked areas I created the visible teeth of the dragon. With the grab tool and holding Ctrl I masked three separate dots (one for each tooth) and inverted the mask. Then I just pulled them with the Grab Tool.

After the teeth I started to refine other areas like the back of the head and the horns using Crease to accentuate the indentations, Draw brush to add volume to the wrinkles and folds and pinch to narrow the gaps between some crevices.

I also pulled some extra details in the area between the eye and the horn with the same technique I used to create the teeth.

I added a bit more of scale, gradually fading them towards the nose of the dragon and refined all the crevices and sharp edges with a combination of the Draw, Crease and inflate brush with the Detail slider pretty high.

I finally I went over the whole sculpture and polished certain areas that looked a bit “bumpy” using the smooth brush and flatten brush (with Angle falloff ON). I also used the Inflate brush with Lazy ON, to added more mass to the skin folds around the neck area and closing the gaps at the same time. With the Pinch brush and Lazy ON I also created some edges to stylise the sculptures a bit more.

I finally I went over the whole sculpture and polished certain areas that looked a bit “bumpy” using the smooth brush and flatten brush (with Angle falloff ON). I also used the Inflate brush with Lazy ON, to added more mass to the skin folds around the neck area and closing the gaps at the same time. With the Pinch brush and Lazy ON I also created some edges to stylise the sculptures a bit more.

That’s it! for now. I exported the dragon head as .obj and used Marmoset Toolbag 2 to quickly render the final image in the cover of the eBook.

A Guide To: Getting Started With Sculptris

In this short guide, I'll walk you through the tools and features needed to get you sculpting within minute using Sculptris. I also make reference to important ZBrush concepts when appropriate, so that you can treat this guide as an introduction to digital sculpting.

Click the 'View more' button below to grab the OBJ file of the dragon from from the 'Heads and bust' section ;)

"
check it hereGet This Now!